Emoji Riddles™ are engaging pictogram puzzles for all ages. Learn the cities and countries of the world with 50 Across The Globe riddles free today! 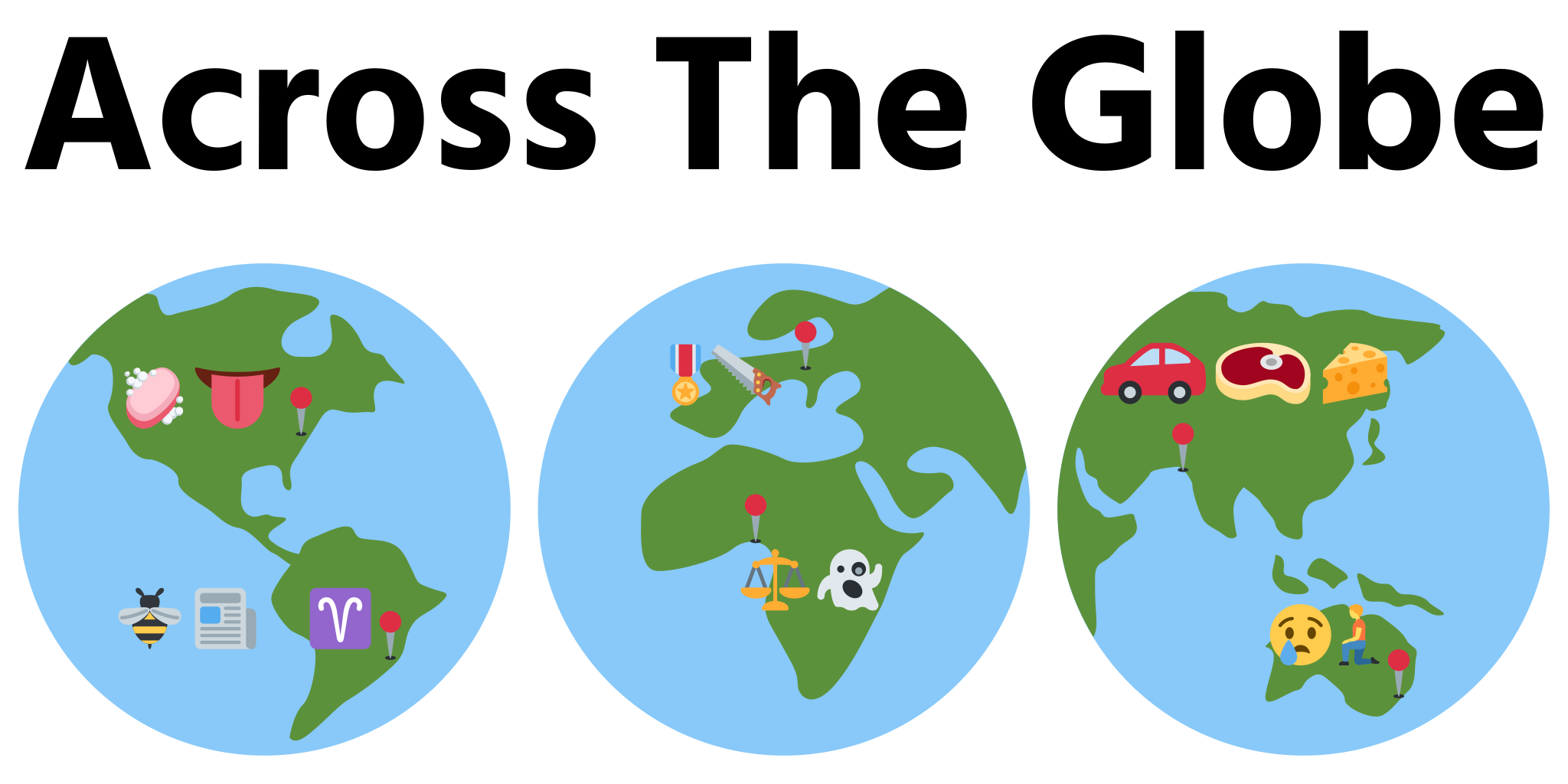 Every country and city has it’s own vibrancy to celebrate. Over the last few decades, many countries have seen mass urbanization and grown beyond their rural roots into a collection of megacities. Capital cities have usually held special prominence in a countries’ identity. Other times, it can be the geographic landscape or a people’s culture that predominantly describes a country. Throughout the Across The Globe riddle pack you will uncover both our most famous and lesser known cities and countries.

Solve these two bonus riddles to start thinking about all the cities and countries the Emoji AI learned!

The Across The Globe riddle pack contains thirty cities and twenty countries encompassing over 600 million inhabitants. If all the riddles were its own country, that would make it the third biggest country in the world by population. European cities and countries lead the pack with eighteen riddles, while Asia follows next with thirteen. The Emoji AI picked up that it must be ten o’clock somewhere as she used 🕙 the most with four occurrences. Play through the Across The World riddles to identify cities and countries large and small with the Emoji AI!

The Emoji AI still thinks the Earth is the center of the universe, but clearly learned the Earth is a 🌐. When traveling from 🌏 to 🌎 she didn’t fall off the face of the Earth. She hopes to be the first antipode explorer to travel through Earth’s core and come out the other side. She plans to enter through the 🌋 in Hawaii and then end up on the other side in Botswana. Hopefully it goes better than some of the other famous human explorers. Suffice to say, she will not be joining the Flat Earth Society anytime soon.