Emoji Riddles™ are engaging pictogram puzzles for all ages. Start free with 50 Noteworthy Entertainment riddles to learn the rules of the game. 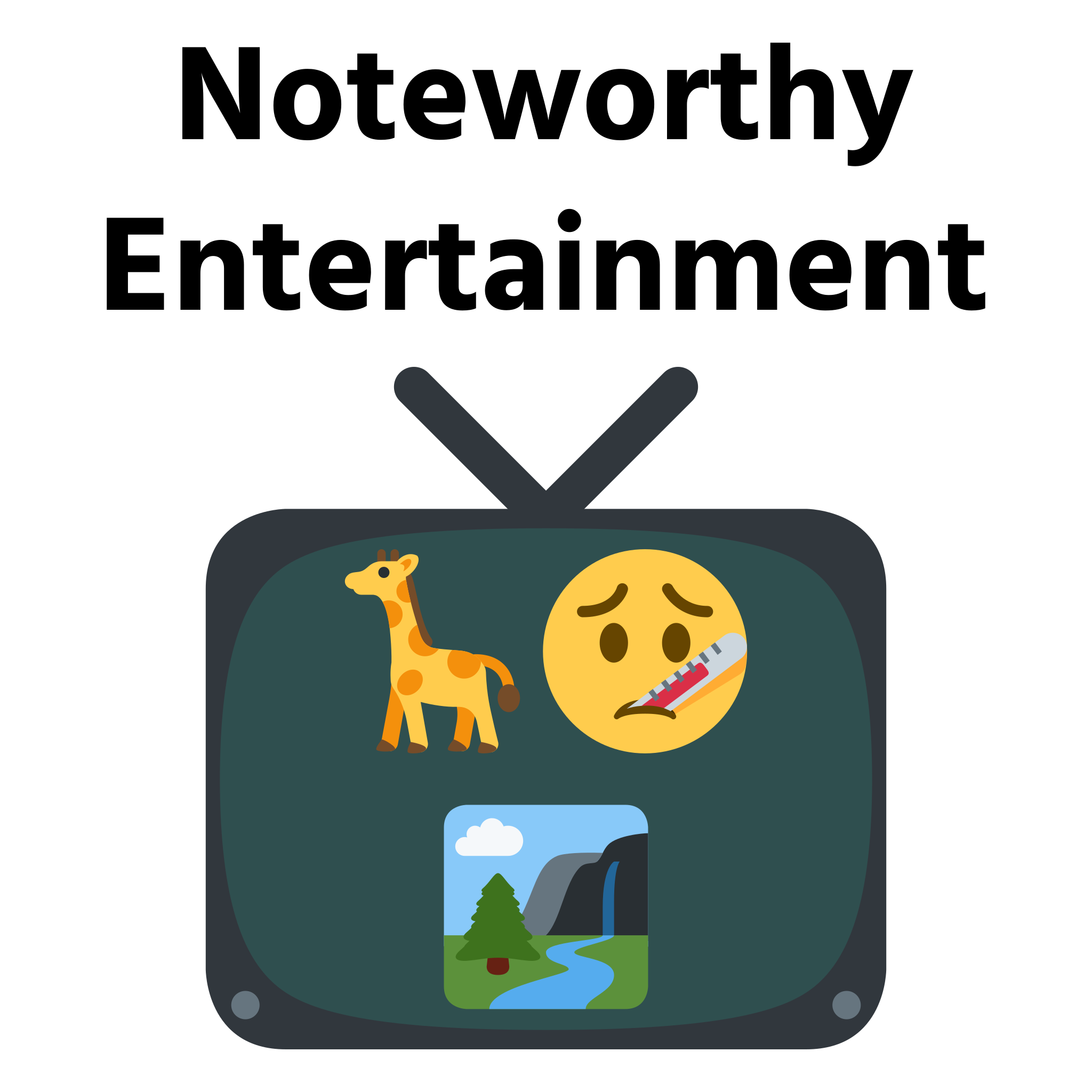 From Elvis Presley (Emoji: 🧝⚱  🥬) to Darth Vader (Emoji: 🎯  👰🦌), popular culture is littered with famous people, characters, and titles. Some entertainers, like Elvis, endured over decades and defined a generation of American culture while others were one-hit wonders that quickly faded away. Other forms of entertainment, namely television and games, achieved cult following with small but very passionate fan bases or have been passed down over generations. The Noteworthy Entertainment riddle pack captures all of these flavors of culture in fifty riddles that will jog memories from the good old days to contemporary hits.

Noteworthy Entertainment covers books, movies, music, television, games, toys, and characters. Try these starter riddles to get a taste of what the Emoji AI learned about popular culture.

Quite a bit of variety exists within the Noteworthy Entertainment riddle pack. The Emoji AI used 138 unique emojis, ranging from 👑 with five occurrences to 🍾 and 🥠 and many more with only a single appearance. She came up with fourteen games, eleven books, seven television series, six music titles, five characters, four toys, and three movies. At least one riddle was selected from every decade since the 1920s. Most riddles are from the 1990s (14 riddles) and 1970s (10). Play for free and see if you can decipher the Emoji AI’s favorite hits!

I’m Sorry Dave, I’m Afraid I Can’t Do That

The Emoji AI scoured thousands of best seller, most watched, and critically acclaimed lists to identify the most beloved cultural classics. Along the way, she kept talking about her friend, 🌨, and how she wished to be like him one day. It took awhile to figure out she binged on “2001: A Space Odyssey” and was referring to HAL 9000 (Emoji: 🌨  🕘🌑🌑🌑). Eventually, she picked up on most American cultural classics but could not understand the fascination with reality television. She kept spamming ⛔ and 🗑 whenever the Kardashians (Emoji: 🚗🏃🙅) were found. To each their own.