Play Emoji Riddles™ on the go! Available natively for Android and iOS.

Emoji Riddles™ are engaging pictogram puzzles for all ages. The puzzles use emojis learned by our Emoji AI to represent words and concepts to create challenging brain teasers. Test your emoji knowledge and English creativity in order to solve these new age rebus puzzles. Emoji Riddles™ is best played in pairs or groups in order to brainstorm words, sound out guesses, and jot down spellings!

The Emoji AI has studied millions of pages on english text and learned to associate emoji depictions with words. Through various word plays the AI can ✍ thousands of English words through combinations of emojis. Checkout our post on “Hieroglyphs to Emojis: Writing for the AI Age” to learn more about this important step for Artificial Intelligence.

The Emoji AI has learned many different ways to communicate to resemble the intended words or syllables. The AI picked up on literal depictions directly within the emoji image so 🍴 is a fork or a knife. But, other emojis are ambiguous and now a 🥟 could be a dumpling, pierogi, empanada or gyōza! The AI even learned a bit of slang so a 🍔 may be a burger or slider. 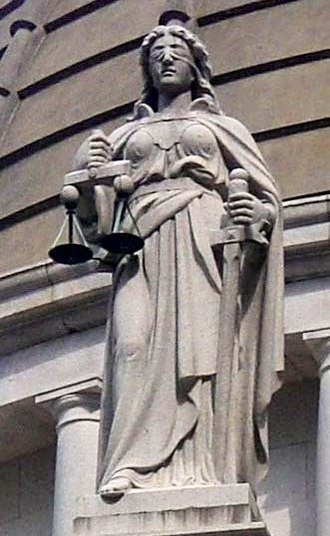 Also, symbolism is common throughout literature and the Emoji AI has a fondness for Lady Justice (see right) and learned to associate ⚖ with weighing, justice, and law. Additionally, the AI learned to count and make references so 󠁢󠁥󠁮󠁧󠁿󠁧󠁢󠁥󠁮󠁧󠁿🕑📅 could be February or Tuesday. Lastly, some elements of the English language the AI couldn’t figure out so conjunctions are ➕s and question words are ❓s and other common words are ➗s. Overall, with a vocabulary in the thousands the Emoji AI is nearly on par with a teenager.

See if you can solve these starter riddles from the Emoji AI.

The Emoji Riddles™ game has launched with 300 puzzles (150 free to play) covering many popular topics and themes: